I love to watch television. In fact, tv is one of my guilty pleasures. I enjoy nothing more than tucking the kids into bed, pouring myself a glass of red wine and sneaking downstairs to lose myself in an episode of “Dancing With the Stars“, “Mad Men” or “Modern Family“. And for me – it’s as easy as flopping on the couch, clicking the remote and fixing my gaze on the screen.

But for the 30 million vision restricted people in the United States and the over one million Canadian adults and children living with blindness or a significant loss of vision, the ability to enjoy a television show or a movie is limited to listening to the audio track. That is unless the program is offered in Described Video. 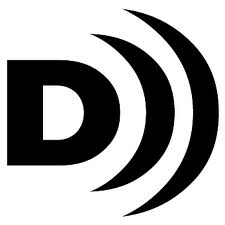 Described Video (DV/descriptive video/audio description) is offered to make the visual elements of a television show, movie, theater performance or any other form of entertainment more accessible to those who cannot see them. I am very fortunate in my career to have the opportunity to work as writer and describer for DV and it is one of the most rewarding elements of my work.

Describers utilize the natural pauses in a show’s dialogue to describe visually what is happening on screen – the setting, action, characters, facial expressions, clothing and any other visual details that contribute to the plot and tone of the scene. This description is recorded and makes up a secondary audio program that subscribers can easily access and enjoy.

Sadly for the DV audience, at this time the CRTC has mandated only 4 hours of described video per week. Considering the same governing body mandates that deaf people have 100% of their programming captioned – this seems like a glaring inequality. Fortunately for Canadians, we currently have an opportunity to speak up for the blind and partially sighted audience.

According to Diane Johnson, the President of Descriptive Video Works:

In our work with the blind and low vision community we have learned that this is not a group that advocates loudly for themselves. They tell me how much they enjoy the shows that are described and that they wish there were more. Television is a medium which connects us socially,  and for those who find it difficult to get out of their homes a means of managing loneliness and isolation.

Television content, whether entertainment, education, or even commercial, is an information medium that allows people to make choices – this adds to quality of life, and should be accessible to everyone.

It is time to raise our voices in support of this group and the CRTC has provided such an opportunity –  an initiative called ‘Let’s Talk TV’.

Let’s Talk TV is currently in the final phase – it is a discussion with Canadians on television programming in Canada in general, including a section on accessibility.

There are several ways YOU can help. Please let the CRTC know that this is a valuable and essential service and needs expansion.

I can appreciate how busy life is – but I am asking if you would be willing to take a moment to join me in adding your voice to this critical initiative. Simply click on the link below and write a sentence or two to let the CRTC know how vitally important DV is and request a significant increase in the amount of Described Video in Canadian television. The deadline for submissions is June 25, 2014.

In case you are curious about DV, check out the Descriptive Video Works homepage at www.descriptivevideoworks.com to see an example of how it works. I have also included this brilliant short film called “Not Much To See: How The Blind Enjoy Movies” to give you a better understanding of the importance of this service. Although you may not personally be affected by vision loss, this is an issue we should all be passionate about!

*(email subscribers: you may need to go to my site at www.lorileighwilson.com to view the video).

2 thoughts on “Speak Up for Described Video”